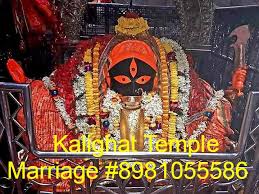 Sosthi Tala—This is a rectangular altar about three feet high bearing a small cactus plant. Beneath the tree, on an altar three stones are placed side by side – left to right representing the Goddesses "Sosthi", "Sitola", and "Mongol Chandi". This sacred spot is known as Sosthi Tala or Monosha Tala. This altar was constructed by Gobinda Das Mondal in 1880. The place of the altar is the Samadhi of Brahmananda Giri. Here all the priests are female. No daily worship or offering of Bhog (food offering) is done here. The Goddesses here are considered as part of Maa Kali.

Natmondir-–  A large rectangular covered platform called Natmondir has been erected adjacent to the main temple,from where the face of the  Ma Kali can be seen. This was originally built by Zamindar Kasinath Roy in 1835. It has been subsequently renovated often. 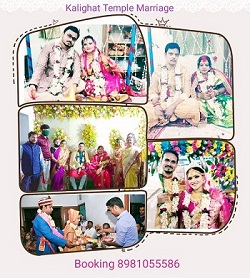